News portal 'Delfi' organized 'film of the year "poll tape Giedrė Žickytė" As we played the revolution "took third place. Congratulations to director and her team! "Film of the Year, readers chose the most expensive in the history of Lithuanian cinema film Tadeusz Blinda. Second place went to Mindaugas Survila directed the film "Field of Wonders."

In turn, a group of "Antis" welcomes all music fans with the New Year, and hopes that they would be happy and successful!
"Duck" - "New Year"
« Back 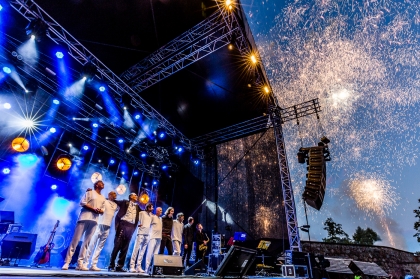